"My book blog is better than your vlog."

Happy Wednesday! I hope you guys have had a good week so far. I’m currently reading Eragon by Christopher Paolini, and it’s really intriguing. This is my first book tag, so bear with me. The tag is pretty explanatory, so I’ll just get to it. I was tagged by Niccolie of Drownedwithstarsandbooks (sorry for doing this so late!)

Setting the Example: A pair/group of book BFFs that you love?

I have to choose the friend group within The Perks of Being a Wallflower. This group of friends is the greatest. It was probably my favorite part of the whole book. Sam, Charlie, Patrick, Alice, and Mary Elizabeth are all so weird and welcoming. They’re outcasts and they embrace every part of each other. None of them care what others think of them and frankly, they couldn’t give a crap. They’re also always there for one another, so being a fellow wallflower would be amazing.

Childhood Bestie: Which book character would you have liked to grow up with?

Hermione Granger from Harry Potter is intelligent, witty, and funny. She is a great friend to Ron and Harry, and would push me while at the same time, being a good friend. I would definitely be a better person if I grew up with her.

Frenemy: Which book character would bring out your competitive side?

I have to choose Celeste from The Selection. I could barely read about Celeste in the beginning of the Selection series. But in The Elite, she finally showed her vulnerable side and although she challenged America, Celeste was a great friend. She would push my buttons but teach me a lot of valuable things at the same time.

Fashion Guru: Who would be your bestie whose closet you’d want to raid?

Luna Lovegood from Harry Potter. Luna has the best fashion. I’m not sure if it specifies in the books what she wears, but in the movies, she looks like a badass while still being her quirky self. She would show me the ropes of fashion. 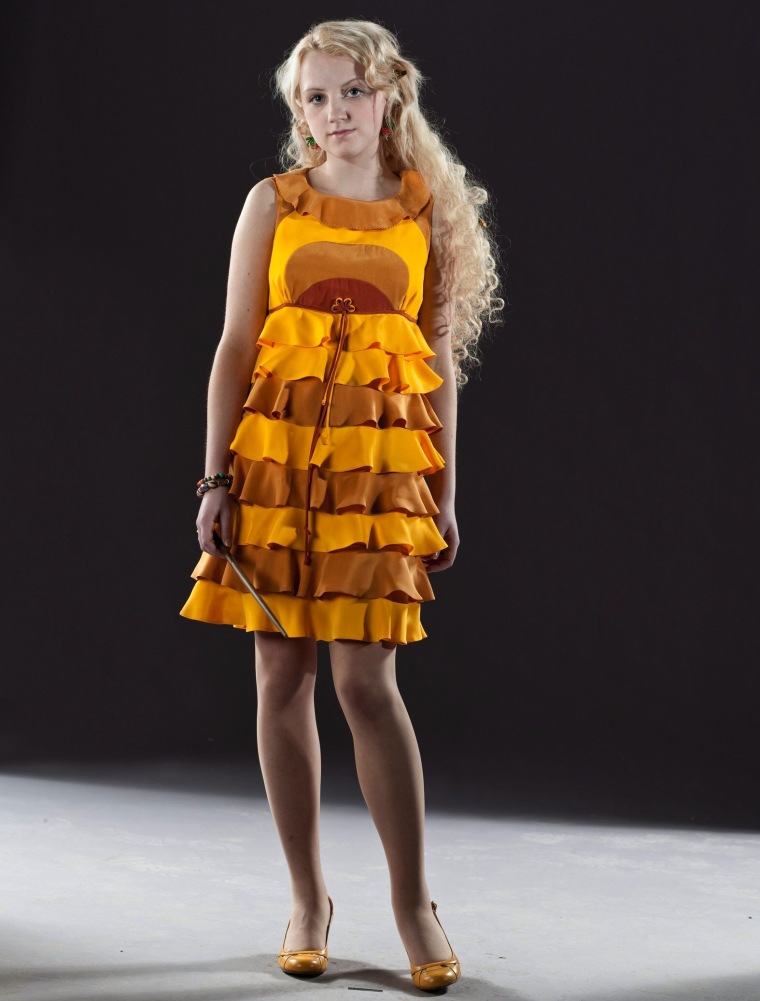 The Bad Influence: Which character would you want to commit a small act of rebellion with?

America from The Selection is a badass. She stands up for what she believes in, no matter the consequences. I mean, come on, she stood up to the king and all of Illea! But she’s also smart about choosing her battles, and when she does, it always pays off. I would love to rebel with her for an important cause.

Blood Brothers: Which character would you want to be your surrogate big brother/sister?

Fred Weasley of Harry Potter was so protective of his huge family and you can tell that he’d do anything for them. He was fun at the same time, so it’s not completely overbearing. He is never forgotten *sobs*

Mother Hen: Which character would you want by your side when you’re having a bad day to cheer you up?

Aibileen from The Help is strict but knows where the line is between helpful and hurtful. She is wise and caring and would make a perfect mother. She would make me stronger and build me up on a bad day.

The Counselor: Which character would you go to for relationship advice or confide a secret to?

Julia from Slammed is the best mom I’ve ever read of. For those of you who forget, she is Layken’s mother. She has the perfect balance of using your heart vs your head. And she uses the best band, The Avett Brothers, while doing it. She is such a wise character and I would love to get advice from her.

More Than Friends: Who would be your book boyfriend/girlfriend?

Oh man. I have so many book boyfriends, it’s crazy how much of a cheater I am. But one man does top the list. I’m sorry, to everyone else on my list. But it’s Patch Cipriano from Hush Hush. Where do I start? He is the most attractive character I’ve read about. Ever. He is sweet and dangerous at the same time. I fell in love with him the first time he talked. I’ve read that series so many times, yet I could never ever get enough of him. I’ll be his Angel any day. 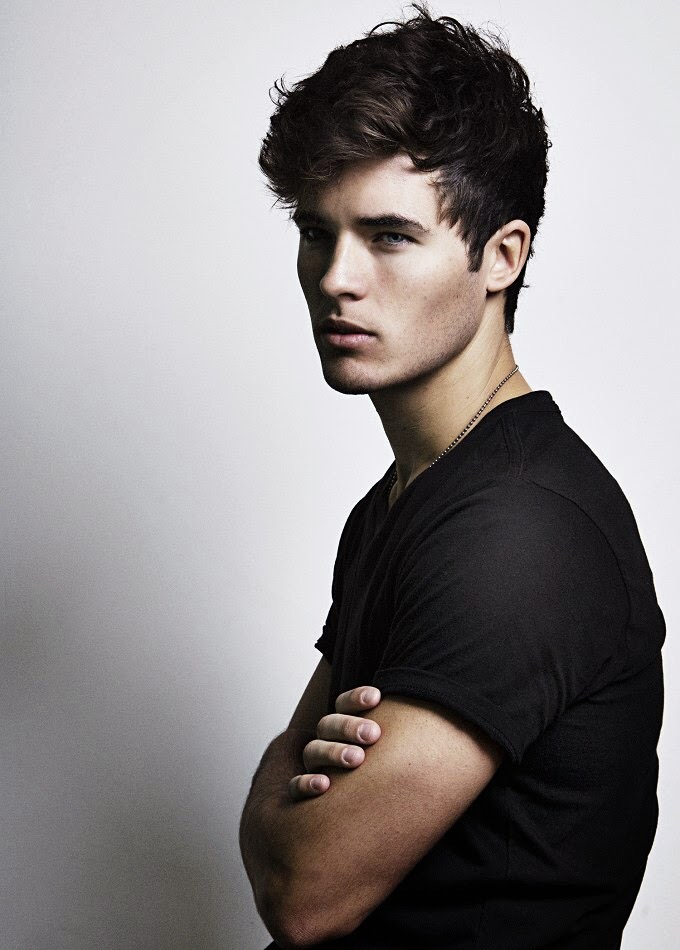 Zoeytalksbooks
AdoptaBookAUS
Have fun, you can ignore this if you’ve already done it! 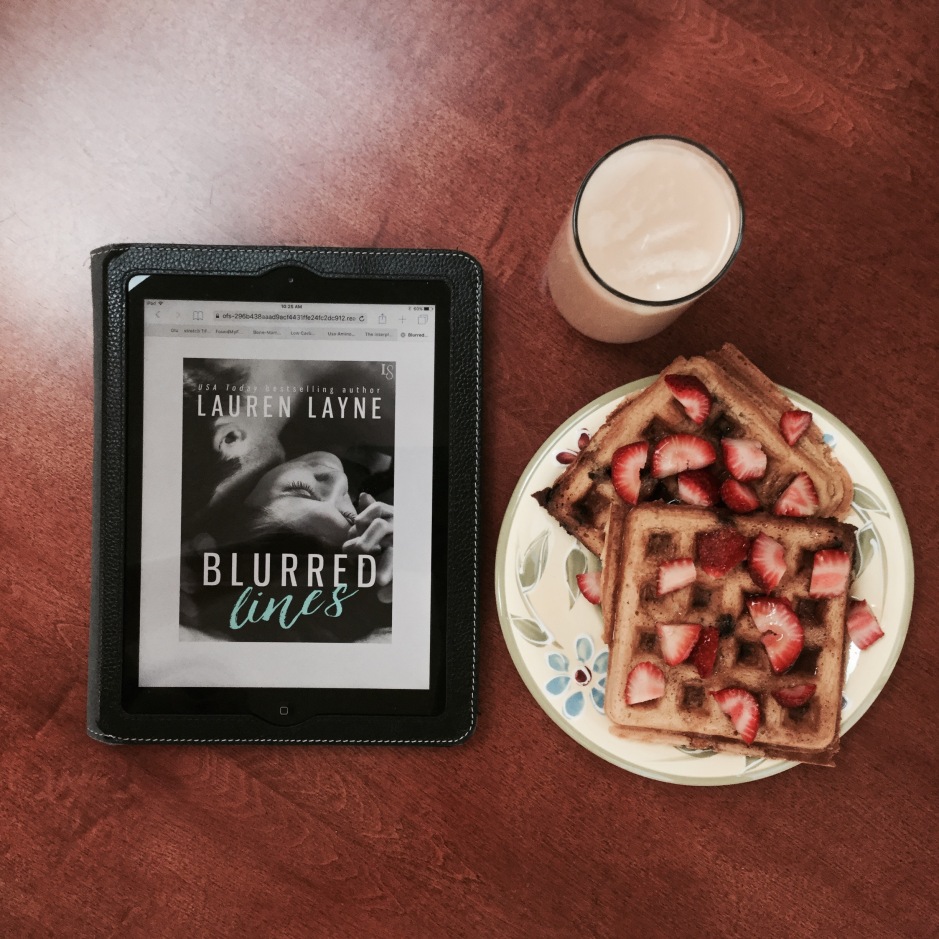 Sorry I haven’t posted in a while! School and crew are keeping me very busy. I hope you guys had a good last week full of books.

So I just finished this book, Blurred Lines, today. I made a really breakfast consisting of chocolate.  Of course. I enjoyed my waffles with this book. Here’s a little summary of mine below (spoiler-free!).

Ben and Parker have been best friends since they met freshman year of college six years ago. They never had the problem of falling for each other. Yet. When Parker’s boyfriend breaks up with her, she decides to try casual sex; what Ben does a lot of. It doesn’t work for her until she hooks up with Ben, and they don’t have the awkwardness after. But until Parker’s ex wants to get back together and when Ben starts dating someone, they both start questioning their jealously and if they were meant to be best friends or more.

I was pretty excited to see this book, it had good ratings and I have always loved reading this kind of “best friends in love” concept. There might be a few spoilers, but nothing too big. Starting off with Ben, he kind of confused me. In the beginning, he showed absolutely no signs of being attracted to Parker. That bothered me a lot. He should have felt something, right? Even if it was little. But I think he definitely came around and turned out to be an okay character. Not my favorite perspective to read in. Next is Parker. I never really clicked with her.  She was fun to read about at some points, but never really made sense to me. She instantly forgives her ex boyfriend, Lance, which bothered me a lot. And then she chooses to be with Ben after a month and I felt like hitting her with her own book, for goodness sake. I do think it was a fun read, nothing heartbreaking, but I wouldn’t reread it.

The story overall was a little slow and didn’t have much depth to it. It was a little disappointing but I enjoyed their relationship. I give it a 3 of 5 stars. If it’s on your TBR pile, I would set it aside for a while if you have some better books to read!

Have a fantastic week, I’ll try to post an update soon, not just a review. Maybe some of my writing… Until next time!

Happy Friday and Earth Day! I decided to post my review of one of my favorite CoHo books, November 9. And I promise not to put any spoilers. I’m currently rereading it for the second time, and I still cry like a baby. It’s one of her most emotional books in my opinion, and she writes it perfectly. I’ll give you guys the summary from the back of the book.

Fallon meets Ben, an aspiring novelist, the day of her scheduled cross country move. Their untimely attraction leads them to spend Fallon’s last day in L.A together, and her eventful life becomes the creative inspiration Ben has always sought for his novel. Over time and amidst the various relationships and tribulations of their own separate lives, they continue to meet on the same date every year. Until one day Fallon becomes unsure if Ben has been telling her the truth or fabricating a perfect reality for the sake of the ultimate plot twist. Can Ben’s relationship with Fallon – and simultaneously his novel – be considered a love story it ends in heartbreak?

Intense, right? Just wait until you read it. So first of all, Colleen Hoover’s creativity completely makes this book so original and amazing. I’ve never read a book with the concept in which they meet each other only on one day (November 9th) every year. It’s absolutely brilliant and so intriguing. I also love the plot twists, as heartbreaking and emotional as they may be. Be sure to have tissues ready and I don’t recommend being in a public place while reading this. That would be a disaster. Lastly, the characters were fabulously written. Fallon was witty, kind, and sexy all in one. Her perspective was great to read in, and she was never petty or annoying. She made mistakes, but is human for it. And Ben? Oh. Dear. Lord. He just pushed many of my book boyfriends out of the way and settled at the top of my list for favorite book boys. He was sexy (oh so sexy), smart, and hilarious. I loved reading his excerpts of writing every time a new November 9th rolled around. He is such a loving guy and I get butterflies just thinking about him. Benton James Kessler, I love you so much. (This is the actor for Ben featured in the app Crave Romance. Oh my.)

I highly recommend this book for anyone who hasn’t read it! Or any Colleen Hoover novel, for that matter. You’ll cry and laugh and then read it all over again. Everything considered, I definitely give it a 5 of 5 stars (again).

Have a great Friday, and thanks for reading my first review!

Hello, blogosphere! My name is Shannon, and as you can tell, I’m, well, a book fanatic (And clearly very awkward). I’m fifteen years old and I’ve been reading as long as I can remember. I love romance, young adult books, paranormal, and occasionally graphic novels. I also listen to music a lot, mainly The Avett Brothers, Sleeping at Last, and The Head and the Heart. Eating huge bowls of ice cream is an acquired talent of mine *bows*.  I’m also a really great multitasker, like reading while eating cupcakes, hence my blog name. I often get PBSD (post book stress disorder) and I guess cupcakes are just my self medication… it works for me(; I’ll fantasize about my numerous book boyfriends, laugh at the witty innuendos, and sob (quite loudly) during the heart-wrenching moments.

I decided to start a blog because A)  I can meet people who relate to my inner fangirl and B) my sister is going to college this fall, and she is an avid reader like me (thanks for leaving me, Mol. I know you’ll be reading my updates). We’re very close and always recommend books/rant about them with each other, so I found another way of expressing my love for books.

I’ll be posting reviews of books, updates on what I’m currently reading, experts of stuff I’m writing (you can follow my Wattpad which is the same user as here), book recommendations, and the occasional video. I’m looking forward to talking to some of you. Enjoy!